Whether you want a summertime family meal or a liberal party with fancy desserts, thenthe Orange Mint Mousse puts elegance without the hard steps. With the lemon zest andhint of mint to go with bittersweet chocolate, it's perfectly creamy with all the flavors yourfamily and friends will enjoy.
Total time 35 minutes
Jump to Recipe Print Recipe

I'm sure a lot of you are huge fans of making pastries and seeing it come to life into a
deliciously baked product your family and friends will love! But while it may be fun and
awesome to start baking, the problem is knowing how to do it well.

That's why I make sure to always check up on the latest cooking tools and equipment while reading easy recipes Ican follow. Coming from a baking lover like me, I always invent recipes that have a mixture
of flavors and the perfect texture that my family (especially my kids!) will adore. One of
these recipes would be the Orange Mint Mousse, which goes perfectly in fancy dinners
and potlucks.

So if you want to know more about how to make this beautiful dessert, read on! 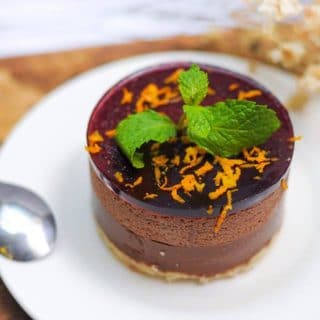 I hope that this article on how to do Orange Mint Mousse helped you find an excellent idea
for your next dessert. So what are you waiting for? Try this awesome recipe out today and
see if your family will adore it as much as mine did!