Mekhadet Al-Pasha or El-Pasha's pillow is a Libyan appetizer that I got it from a friend living in Tripoli, Libya. 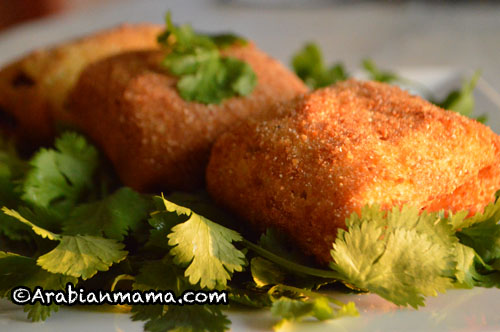 El-Pasha or Al-Pasha was a high rank in the Turkish empire. So, Al Pasha pillow must be very luxurious ..... can you imagine what will be in Al-Pasha pillow? 🙂 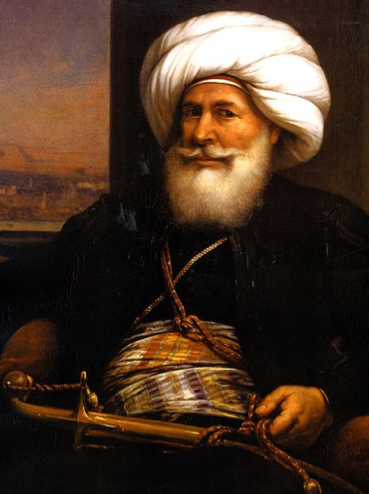 This is a Muhammed Ali Pasha who is considered the founder of the modern Egypt.

So let's go and discover his majesty's pillow.

In a skillet brown the onions then add the beef , stir and drain excess liquids. Season to your taste and add the parsley and turn off the heat and let it cool until you cook your crepes.

After preparing the crepes, put about two tablespoon of the beef mixture in the middle of the one crepe and fold into a rectangular shape. Dip the pillow in the beaten egg then in the bread crumbs. 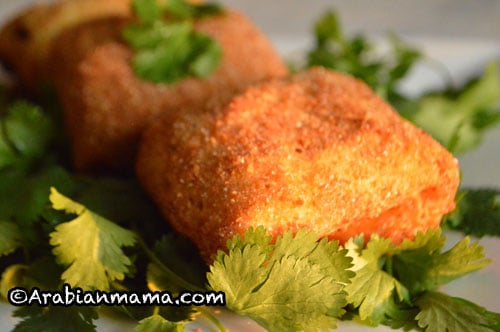 Deep fry the pillows until it is golden brown... so yummy. let it cool a nit and serve. 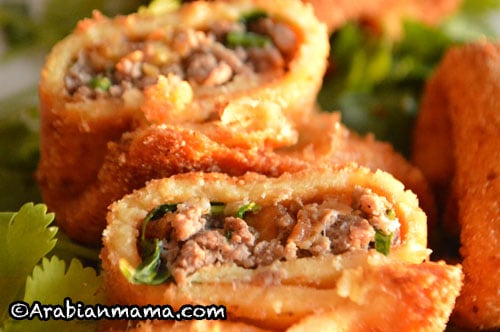 This is typically the traditional pillows, some people add fried- or boiled- cubed potato to the stuffing. You are always welcomed to make your own stuffing may be some vegetables mixture, cheese, chicken whatever suits you.

Now a glimpse of Tripoli, Libya. 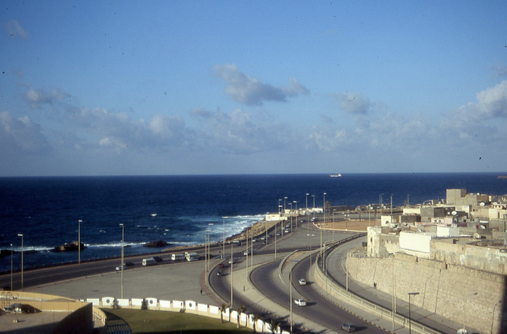 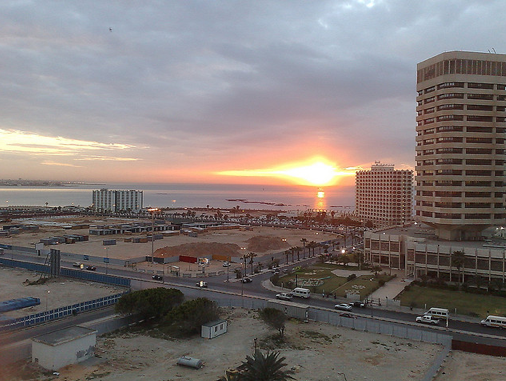 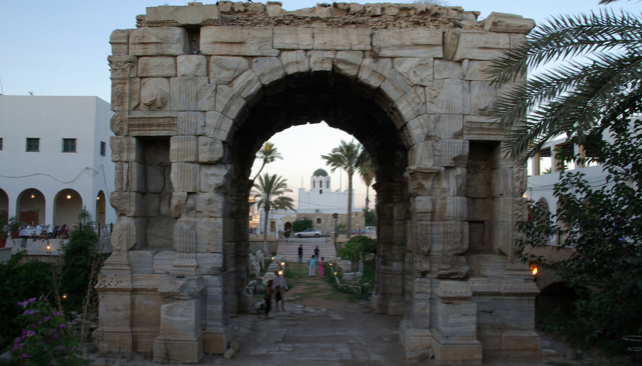