Knafeh is a Middle Eastern desert, a classic that is as old as time. This is a classic recipe for knafeh, if you would like a more contemporary one, check out these delicious knafeh parfaits.

Knafeh is a traditional Arabic dessert with many variations in neighboring countries. Lately in my visits to Egypt I have seen a lot of new knafeh ideas but until now my mom's knafeh is the best.
I wasn't really brought up to the stretchy kind of knafeh or the one made with cheese. If you are following on instragram you already know that I've been experimenting with knafeh to reach out the best flavor and authentic taste.

I first started with an all cheese approach and let me tell you it was not easy. Which cheese to choose for knafeh was the first question I was asking myself. My father in law used to make knafeh with ricotta cheese and my husband swears by it. Getting the ricotta is not hard at all, after making it hubby said it does not taste anything like what his dad was making. The ricotta cheese is completely different than the one sold in Egypt. So this option was discarded.
After going to the Middle Eastern store and skimming through their cheese supply, this sweet cheese id the only one I've found that could fit with kunafa. Some people say mozzarella cheese but let me tell you I've found it to be a bit salty and I did not like it.

A couple of trials later I was not impressed by any of the cheese even this sweet cheese turned very rubbery the next day and I did not like the texture.
Knafeh or kunafah has been my mom's specialty since I knew what knafeh was. Everybody asked for her knafeh especially during Ramadan, I've always thought that knafeh was so hard to make and you can easily mess it up. After so many failures I decided to go with my mom's recipe, so I called her to get all the nitty-gritty. I tried it and everyone was smiling telling me this reminded them of, 'nanna', my mama.

One last note about using cheese in knafeh. I've also tried combining cheese and cream to get a little bit of stretch, two family members liked it. But still this was not my favorite. I decided to show you both and you do whatever you think you'll like more.

What goes into the recipe

The hardest thing about knafeh is finding the ingredients. You will need to pay your Middle Eastern store a visit. Unfortunately, knafeh is not sold in major stores here in the U.S. While you are there do not forget to pick up any sweet cheese like the one pictured above.

As always you can flavor the syrup anyway you want a splash of rose water, orange blossom water or vanilla would be great. Isn't this beautiful, so delicious and creamy. 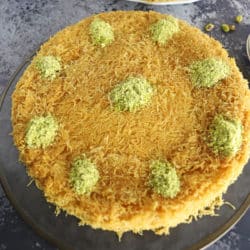 For flavoring the syrup:

For the cream filling (Ashta) :

Note1: Flavoring the syrup is optional also the amount is optional, these are just my suggestions. More or less depending on your taste. Note2: I’ve found that if you are using only milk pudding as a filling then it is better to make it thicker so use 4 tablespoons otherwise use 3 tablespoons. Note3: Place the frozen Knafeh in the refrigerator the night before and let it defrost. Note4: It might help if you make the syrup and the pudding the day before so you are not in a hurry to cool both down. Note5: You may also use a 9.5” pie pan or a 13x9 pan. If you want to double the recipe for a crowd use a half sheet pan like Nordic. I highly recommend it. Note6: When inverting the knafeh sometimes some of the knafeh is stuck to the pan, do not worry. Scrape them and place then back over your knafeh plate, no-one will ever notice anything. Please check the nutrition disclaimer policy. 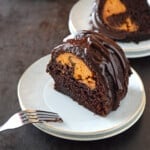 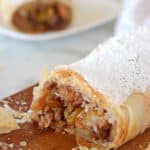 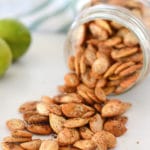 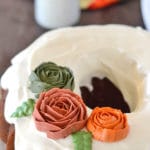