A crunchy tasty side dish for your parties and gatherings with countless variations.
Total time 40 minutes
Jump to Recipe Print Recipe 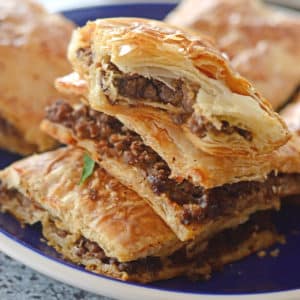 Note1: If you want you can cook any desired vegetables with the meat for added benefits such as, celery, peas, corn, small cur green beans.... etc.  Note2: I’m used to using 1 cup of fat ( usually butter) when making this recipe. For some health issues lately I’ve starting using light tasting olive oil with a little ghee for the flavor. Here you’ll notice I’ve used ¾ cup of fat but I’ve a feeling that I can make this with ⅓ cup of oil and 2 tablespoons ghee. I will try this next time and let you know. Please check the nutrition disclaimer policy.